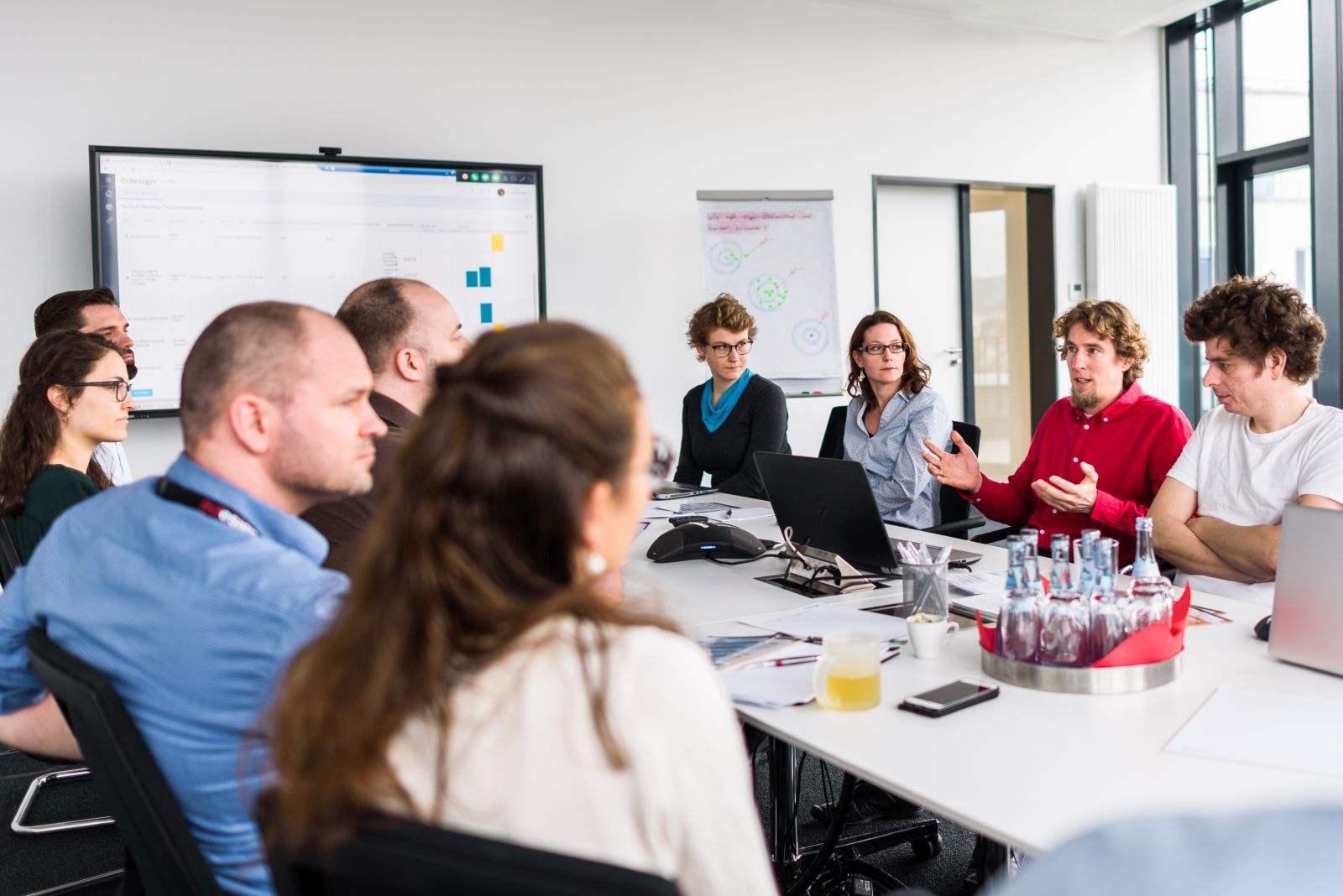 Holacracy at itdesign – the Chances of Self-organization

At some of our business units here at itdesign, we have been working with Holacracy as far back as 2016 already. We focus on responsibility and personal organizational skills in the spirit of New Work. At the same time, it is actually also an innovative corporate philosophy. Managing Director Dr Jörg Leute explains in this interview what exactly Holacracy means, how it works, and what opportunities it offers.

First, tell us briefly: What does Holacracy mean for you, Jörg?

At the core of Holacracy is the idea that an organization must have a goal or a purpose. An organization should therefore not exist for the sole purpose of making money. An organization should always have a higher purpose or goal in mind. And this goal should be clearly manifested and clarified in all features. A purpose like that is something grand and visionary, and it entails very specific responsibilities. So I take on a certain role whenever I am involved in an organization. Employees are free to decide for themselves how they want to go about achieving common goals. When each person contributes to, and therefore helps change, the organization, the organization ends up constantly evolving and adapting to the environment so that it is able to respond in the best possible way. Holacracy therefore offers every individual the opportunity to take responsibility and to improve themselves while advancing the organization at the same time.

What’s so special about Holacracy?

Holacracy is not organized around the traditional structure of a typical business organization. It is does not have a hierarchical, pyramid-like structure. In any case, such hierarchies primarily exist on paper. In reality, companies are not so straightforward at all. They are complex systems. There is often a shadow hierarchy. The lived truth may differ significantly from the official hierarchy. There are also strict guidelines and limited areas of responsibility: Whatever is written down as part of an employee’s job description is what must get done. Whatever is done above and beyond should be rewarded accordingly.

But Holacracy supports and demands personal organizational skills. While everyone at the company follows common goal, employees are also empowered to make intelligent decisions on their own as well. An organization actually operates best when bosses don’t have to tell people exactly what to do all the time. When there are clear rules, people don’t need anyone to micromanage them. And Holacracy represents exactly such a set of rules – there is no shadow hierarchy. The documented hierarchy is congruent with the actual one. That is exactly why Holacracy does a very precise job of documenting who is assigned which role. The person can then adopt the decision-making powers of this role. And: If something is not explicitly delegated to someone, I am allowed to do it. In the traditional model, however, it works exactly in the opposite way. However: Holacracy is also very much focused on being there for the customer and adjusting the organization to produce a great result for the benefit of the customer.

And what does the implementation of Holacracy actually look like?

Holacracy is about sensing tension and then responding like this: If it seems to me that something is not going the way it should, then that means there is some tension present. Each person involved in that organization then also has the power and mandate to make adjustments to the organization. That’s because each person is given the responsibility to ensure that the organization fulfills its purpose and functions to carry out its objectives.

In practice, the role’s function is particularly important. Put in simple terms: A holarchic organization is like a circle. There are various roles all inside this circle. A person will then take on one, or typically several, roles, thus assuming whatever responsibilities may be associated with the role(s). There are two central role types: ‘Lead’ and ‘Rep’.

A ‘Lead’ has the task of carrying out roles, while a ‘Rep’ is responsible for informing the circle concerning the wishes and orders of outside stakeholders and also representing his role to these outside stakeholders. As soon as there are many roles in a circle, it makes sense to subdivide them into sub-circles. The result is not a pyramid model, but a coherent structure that is based on mutual cooperation and support.

What opportunities in particular do you see in Holacracy?

It is constantly evolving, and that is what makes Holacracy interesting. It’s really about being involved and participating actively. The Holacracy model is truly evolutionary. Everyone is charged with monitoring whether the company’s mission is acceptable and is being implemented as well as whether it suits the environment. And if that is not the case, then they are authorized to make the necessary changes themselves.

I see a special opportunity above all in the fact that the silenced voices are heard as well. The winners are therefore no longer those who are the loudest and outvote others. Everyone will have a chance to be heard.

How is this opportunity guaranteed?

There are specific sets of rules to ensure that every person has a say about the development of the organization. This is particularly evident when it comes to meetings. A moderator ensures that concerns are, and can be, discussed in an appropriate manner. It protects quiet and weak signals. It is also important that decision-making power be fundamentally distributed. It should not come from a central point, but instead be spread across a network of roles.

You have already mentioned moderating meetings. What else is particularly important about meetings as a way of advancing the concept of Holacracy?

One specific example would be the model of “check-ins” at the beginning of a meeting. All members are given the opportunity to briefly explain how they are doing and what, if anything, might be bothering them. We also distinguish between two meeting models. There is the governance meeting, which focuses on the purpose of the organization, and tactical meetings, where concrete projects and actions are discussed.

When a certain place of tension is addressed, a particularly important question arises: “What do you need from the circle?” This is one of the main aspects of Holacracy that can easily be underestimated. This keeps the meetings very efficient, however. There should also be clear reflection about: What do I want? What do I have? What do I need? When a point of tension is raised in a meeting, you want to be able to move forward and find a solution. I am responsible for this myself. I cannot just blindly scream about something to the rest of the room.

Do you ever feel that the Holacracy model gets exhausting or difficult to deal with?

Everyone has a “nonsense moment” at some point and will raise a tension that is truly less important. Nevertheless, you have to follow through with even these points.

Holacracy sets boundaries for those who do not want to actively take advantage of its opportunities themselves and who are not willing to get involved in the organization to strengthen or change its structures. Everyone works independently. Individual decisions are needed.

In addition, those who need hierarchy and status may find it difficult to work within Holacracy.

So what do you think works really well about the model?

Overall: faster and more efficient meetings that offer equal opportunities for all and are thus very fairly structured. The company is and remains adaptable. If I don’t want a role, for example, I can hand it over to someone else. Holacracy therefore lowers the inhibition threshold. Holacracy offers opportunities in a wide range of areas. Taking responsibility and working independently in a purpose-oriented way are very much accepted.

Finally, what is your favorite role?

Good question! The personal development coach! This is about encouraging colleagues to try new things and to work with them to find out what they have energy for and how they can develop further. You don’t always have to sugarcoat things. Some things you can just say directly. 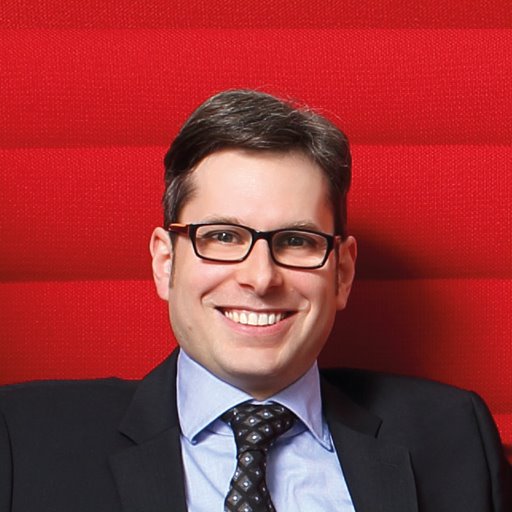